After the birth of our now 14-year old Larsen, I experienced several years of secondary infertility.  Losing our first babe and then the miracle of our oldest son, we wondered if perhaps we would have only one biological child.  I remember those years.  Lars would lay his little hands on my tummy and pray, with that breath-taking faith of a child, that a brother would come forth.  It got to be so the sight of a pregnant women would cause a pain in me that would start in my chest and radiate out to my fingertips.  I wanted to hold a baby of mine again; I wanted our family to grow.  My husband and I both had the feeling, when we sat at our tiny supper table, that someone was missing.

Every month became a let-down with our desire on the tip of our minds.  It is strange to feel a loss for something you have never had, but the grief was real.

I poured myself into nurturing Lars and to finishing my BA degree.  We believed (and still do) orphans are very near the heart of God, the idea of adopting out of US foster care appealing to us both.  We decided we wanted a Latino boy, not much younger than our son.  Through the mom of one of my husband’s music student’s at the time who worked for an agency, we began to fill out paperwork for our home study.  A little boy we saw online, through the foster care system in Texas, caught our hearts.  The two of us began to pray for Joseph every evening after we tucked in Larsen.  We prayed around the world for this little boy, into his past, his present and future as we laid hands on the computer screen.

One weekend, in the early spring, we visited Wheaton College, past Chicago where we had met back in 1995.  I gathered up information and spoke with professors about attending the next year and earning my masters.  We had it all figured out:  Lars and hopefully Joseph would attend a little school together, Ben would work for the college and I would take classes.  We had a plan!  Our family would move forward!

Ten years later, I chuckle.  Sometimes it is a good thing we cannot hear the chuckles of God.  I’d rather hear His patience and see Him in the circumstances He weaves together.

We came home from the weekend (our old car broke down twice on the road and we hobbled home to Michigan) and that week found out Benjamin had lost his job.  And our medical insurance.  Our home study was scheduled for the next week.

A few days later it was April Fool’s Day.  I went to a dollar store and bought five pregnancy tests.  Driving to the house that some friends had just purchased where Ben was helping with the trim work, I handed him the bag. He grinned, the ever-optimistic man now without a job.  I took them all and, as has been our custom for I cannot stand to look myself at such things, he did.  All five of them were positive.  I looked at them all lined up and did not know whether to laugh or cry.

We had made a plan.  Now, this was not a part of that plan.  I had relinquished pregnancy.  And it was April Fool’s Day of all days!  Now what?

We canceled our home study.  We prayed another month or so for Joseph, but now felt we were to pray  for his future, apart from us.  Prayers are never in vain and sometimes God has an unusual way of calling us into an intercessory assignment and just as quickly bringing us out.

That May I walked the isle in Chicago to receive my diploma.  A 4 1/2 year old boy raised his arms up in victory when he saw me look up at him in the balcony.  Six-week old Anders was nestled and growing, like a wonderful secret in my womb, as I walked with tears in my eyes (this had been a ten-year journey, but that is another story).   I remember having a vision of the long arms of the Lord, rolling up His sleeves and hearing the words, “Oh my child, I have just begun!”

The end of that summer found us riding our 1973 classic tandem bicycle we had purchased on our honeymoon (we had to sell it to move here to Mexico), pulling 5-year old Larsen in our bike trailer.  He held in his hand a sealed enveloped containing a card which the ultrasound technician had indicated if our baby was a boy or a girl.  We stopped at our favorite little Mexican restaurant and sat down to order.  None of us could wait much longer.

Ben opened the enveloped, read it and announced with pride, “Our baby is a boy!”.  Larsen instinctively stood up on his chair, held out his arms wide and exclaimed, “This is the best day of my life!” It was a celebration I have never forgotten.  Dear reader, that is how God feels about your life, about your birth.

I would hold a baby boy again.  My son would have a brother.  My husband would get to yell “C’mon boys” when it was time to go.

Larsen started school in the fall.  My baby went off to kindergarten while a new one continued to grow within me.  I had heard the Spirit instruct me, shortly after I graduated, to start writing a book.  So every morning while Larsen was in school, I drove to a little coffee shop and wrote.  It seemed crazy to write a book when I had no idea what I was doing, only that I was to obey.  So I prayed more than I wrote, listening in to the Father’s direction.

Most of my life I had not known what I am doing, only to listen, to trust and to obey.

We kept our baby’s name a secret, promising Larsen he would be the first one to learn his brother’s name.  And he was, though it took him weeks to remember it.  We had to pin it to his shirt so every time people at school would ask him, he could point to the note and smile.

Anders was due the week of Thanksgiving, the week of my father’s birthday, but he was a week late. We had some help putting up a wall upstairs to make him a little room and to pass the time of the waiting, I had painted bluish-colored fish around the top border of the wall and carefully folded and re-folded every tiny article of clothing that had been given to us.   I remember sitting quietly in that room, in that little house on the edge of the highway that Saturday morning, praying for our new son.  I had not felt him move in a few days.  I sensed the Spirit whispering, “It is time to go to the hospital, go now.”

Strange.  I was not in labor.  I called Ben who was working a job and told him what I believed I had heard from the Spirit.  He came home and we drove immediately to the hospital, which was 45 minutes away.  As soon as I stepped through the doors, labor began.  An hour later and a snowstorm hit the area, so bad that no car could have safely driven the distance we had come.

Anders Ezekiel was born after midnight.  The lights were dimmed in the darkness and snow fell outside the window next to my bed like bits of white confetti celebrating something wonderful.  My amniotic fluid was quite low and the cord was wrapped around Anders’ neck three times.  His heart rate was irregular and falling, so they monitored it with three wires in his little head.  He will never grow hair in those spots.  Benjamin cut the cord and handed me our son.  I remember holding him up and we looked at each other eye to eye.

Love at first sight is more than possible.

When he was cleaned and we were left to ourselves, Benjamin took out his guitar and sat on the bed and quietly sang worship songs over us.  He then took out a small vial of oil, made a sign of the cross on Anders’ forehead and anointed him, telling him what his name means, “Courageous disciple of Christ, strengthened by God” and then bestowed on him his life verse:

As for me, I will always have hope; I will praise you more and more.

My mouth will tell of your righteous deeds, of your saving acts all day long—though I know not their measure.

Since my youth, God, you have taught me, and to this day I declare your marvelous deeds.

The doctor that delivered him came in shortly after, she also a follower of Jesus.  “I came to pray over this little guy, may I?  I believe the Lord has a special calling on his life.”  I wish I could remember her words, for the blessing moved me and confirmed in me what I had felt I already knew about our son.

So, our Zeker, the only one of us born in the winter, in a snowstorm.  He moved to Florida when he was just one and to Mexico when he was seven; he does not have any memories of snow that falls from the sky and piles up in great cold mounds.  One of his longest and dearest hopes is that he can go back to the place of his birth, where his grandparents and aunt still live, in the winter to make snowballs, taste snow and go sledding.

He told me just today when we were studying the story of Joseph in school together, “Yes Mom, God does work all things for His glory and our good.  Could it be for His glory and my good that someday when I am still a boy I can go to Michigan in the winter, even maybe have a white Christmas?”

Yes, my son.  You just might have to wait a bit.

But it’s all for His glory and our good. 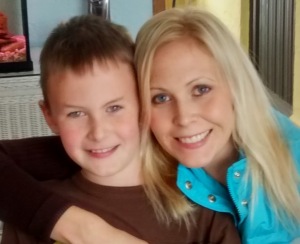 What is Your Response?

Thank You for Visiting!